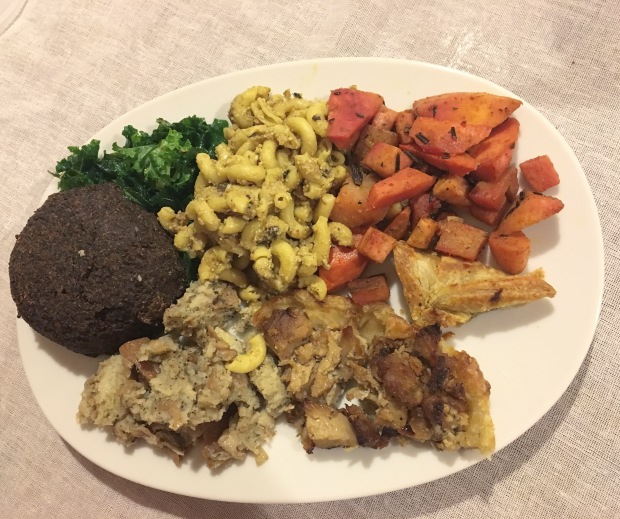 This year, I had a small, intimate Thanksgiving with my boyfriend and his mother in Brooklyn, NY. We ordered vegan food from The Cinnamon Snail and had a delicious feast!

The Cinnamon Snail is a vegan food truck and restaurant in NYC. I have been eating their amazing food for a few years now and am a loyal fan! They are so good they even attract non-vegans for lunch with their filling sandwiches, tasty burgers, creative pastries and decadent donuts.

This year, they were offering a Thanksgiving menu and set up pickup locations at various places around NYC. This is what was on my Thanksgiving plate from this year: 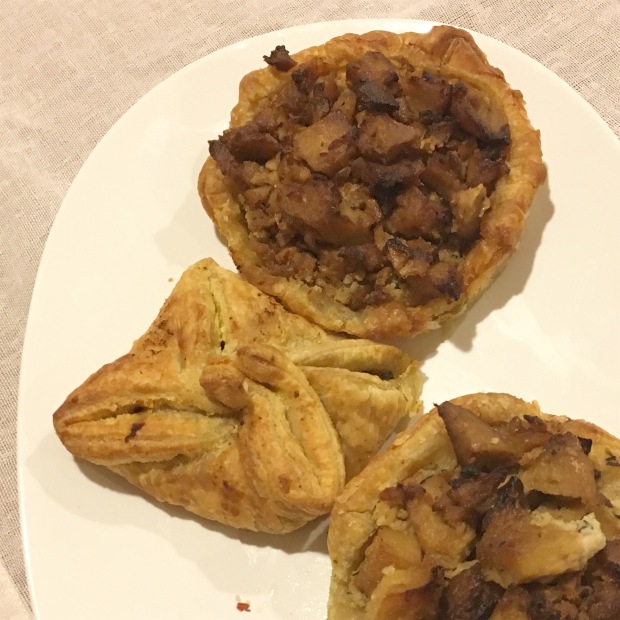 We also had the Maple Butternut Squash Soup, which is not pictured. It was delicious, as well.

For dessert, we ordered six of their Thanksgiving donuts. So good! 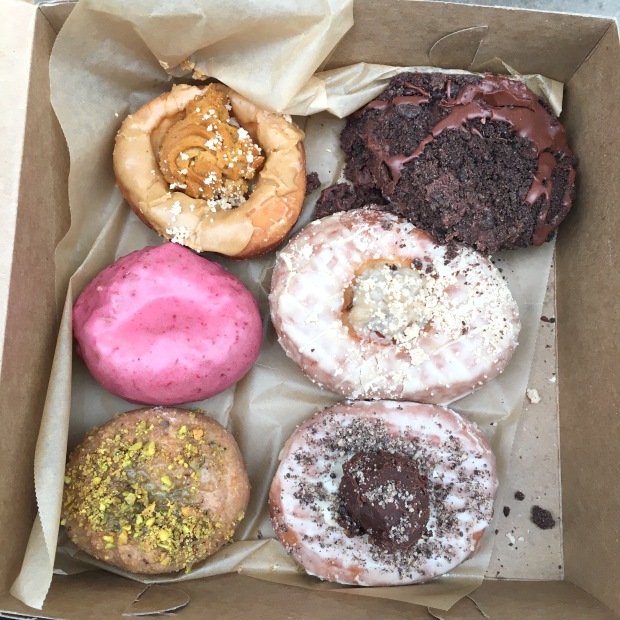 My favorite donut was this one with a ball of chocolate ganache on top. So good! 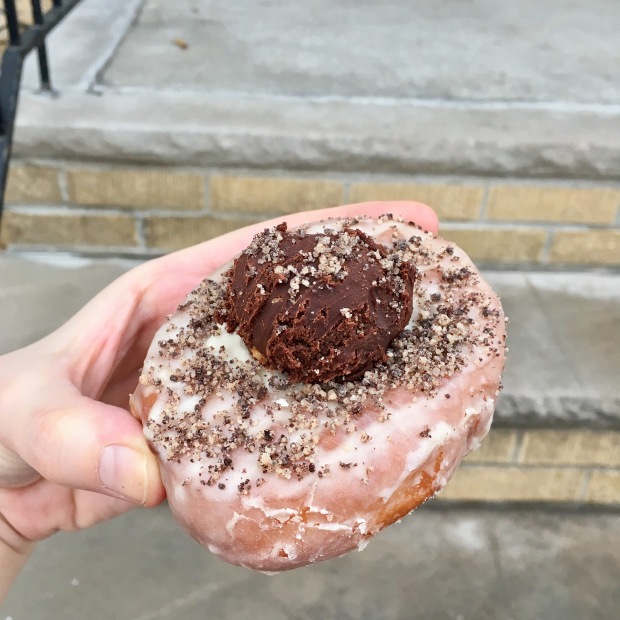 How was your Thanksgiving? If you had any vegan dishes, I’d love to know what you ate!

One thought on “My Delicious, All-Vegan Thanksgiving Meal From The Cinnamon Snail in NYC” 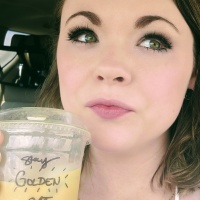 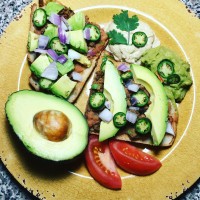 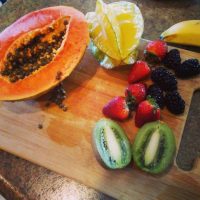 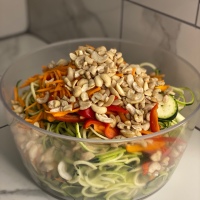 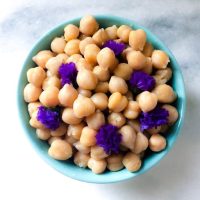 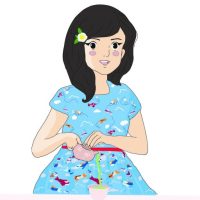